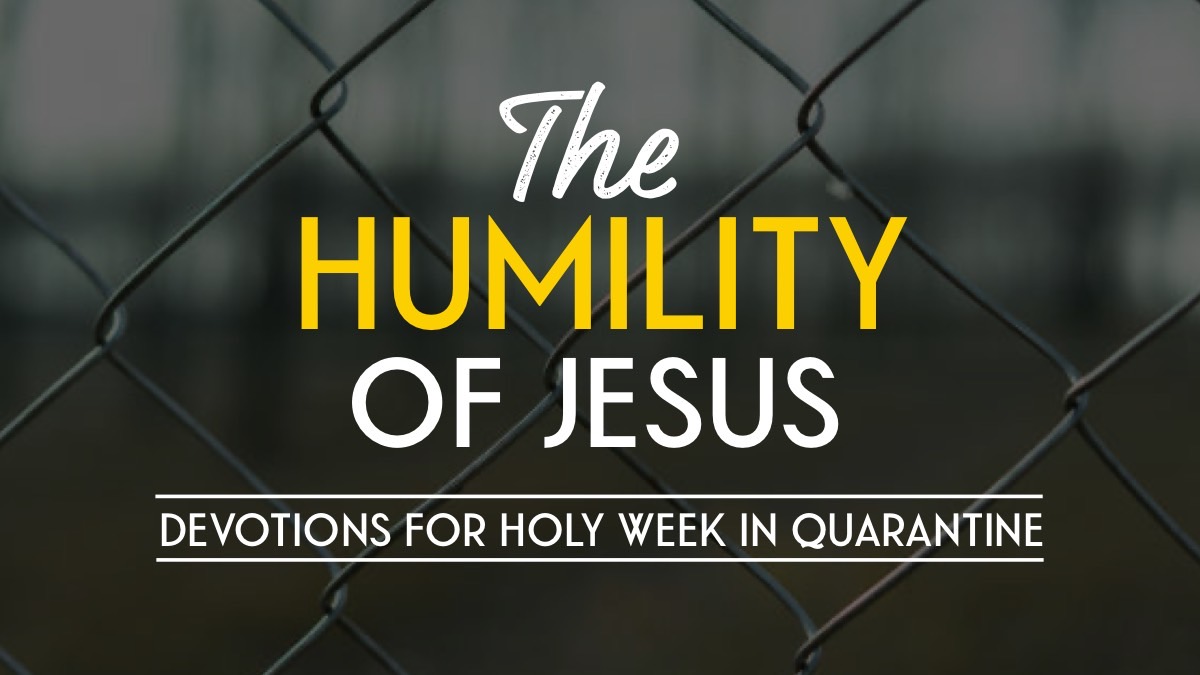 Now there was a man named Joseph, from the Jewish town of Arimathea. He was a member of the council, a good and righteous man, who had not consented to their decision and action; and he was looking for the kingdom of God. This man went to Pilate and asked for the body of Jesus. Then he took it down and wrapped it in a linen shroud and laid him in a tomb cut in stone, where no one had ever yet been laid. It was the day of Preparation, and the Sabbath was beginning. The women who had come with him from Galilee followed and saw the tomb and how his body was laid. Then they returned and prepared spices and ointments.

On the Sabbath they rested according to the commandment.

Humility in the Death and Waiting

Jesus died, and was fully dead. He was wrapped in a fresh linen shroud and laid in the tomb. His followers, certainly still in shock, grief stricken, and exhausted, prepared spices and ointments for His burial and then retired and rested according to the Sabbath commandment. Their plan was to come back early on the first day of the week to finish their work with what they had prepared (Luke 24:1). However, for the moment, their work was disrupted by a rhythm that God put in place.

In Exodus 31:17, God spoke to Moses concerning the Sabbath saying, “It is a sign forever between me and the people of Israel that in six days the LORD made heaven and earth, and on the seventh day he rested and was refreshed’” (ESV). That day of rest was a perpetual reminder that in all of their work and efforts they couldn’t accomplish what God accomplished. It was God who made them. It was God who set them free from slavery. It was God who would make them a nation. And it was God who would ultimately deliver on His promises to bless the nations through them. The Sabbath was a reminder that they could rest because “He who keeps Israel will neither slumber nor sleep” (Psalm 121:4, ESV).

A state of emergency seems to mean a season of unknowns and canceled plans. One day I was working on plans for our Easter service, the next I was making plans for what church services would look like for a congregation confined to their homes for weeks. Some have had to cancel vacations and special events. Many have lost a job or suffered financially. How can you stop to rest when everything you’ve worked for has slipped away?

The humility of Jesus in His death and waiting exhibits a better rest. On the cross, Jesus spoke His last, saying, “Father, into your hands I commit my spirit!” (Luke 23:46, ESV). In keeping with the sign of the Sabbath, Jesus humbly gave His life and His work over to the Father, and fully rested in His arms. We may not always know what tomorrow brings, but we can rest today in the proven goodness of our God who doesn’t sleep.